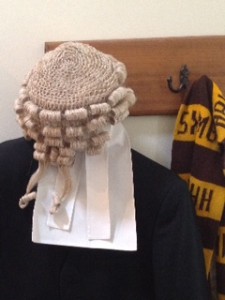 First of all, a big mea culpa from myself. Yes, it is true that my efforts to maintain a proper updating of this website across 2014 have ranged from abysmal to downright pathetic, but 2015 is a new year, full of promise, hope and wide-ranging resolutions.

One of which is to get back to writing up reasonably prompt casenotes when interesting cases are handed down. This will mean putting to one side the many time commitments consumed by the demands of my own practice, child-rearing, swimming, fixing the broken door, avoiding organic watermelon and re-watching the DVD of Hawthorn’s 2014 premiership glory.

Anyway, the resolution starts with a summary of the most prominent and important cases of 2014. While in the UK, the new Defamation Act 2013 commenced, in Australia, there were a number of large verdicts arising from publications on the internet, as well as a number of significant interlocutory judgments which involved injunctions, strike out applications and claims for loss of business.

The following cases were noteable in 2014:

So for the first part of my 2015 resolution, these will be done. Then all I have to do is watch less T20 cricket …