The plaintiff and four defendants were poker players used to playing high stakes games: hands worth thousands of dollars. In the middle of 2012, the plaintiff and the first defendant went to Las Vegas for a tournament and shared a room. Evidently for them, what happens in Vegas did not stay in Vegas.

Rumours circulated afterwards that the plaintiff was a thief and that he stole $2,000 of another player’s money. He was so concerned that he put up an explanation of his version of the events on Facebook. That explanation drew comments on the Facebook page and the defamation claim arose substantially from those comments, being allegations that still asserted that the plaintiff was a thief, arising from that event in Las Vegas, and from another event at The Star Casino, in Sydney.

What happened in Vegas was a matter of dispute, and became the core of this defamation trial. While rooming together, the security safe for the plaintiff and the first defendant was not working and they agreed that the plaintiff could hide his cash in a soft toy that had been bought by the first defendant. That soft toy, whatever it was, held a lot of money.

The next morning, the $2,000 was not on the dressing table. The parties did not remember what had happened to that money (the plaintiff accepted that maybe he moved the money into the soft toy) and a count was then taken of the money in the soft toy and there was an extra $2,000 in it. The allegation of theft related to that $2,000.

The first defendant believed that, since the plaintiff said he did not recollect whether he saw the $2,000, that this was an attempt by him to obtain the $2,000 again, knowing he had already received it. Seriously? A trial over that?

Anyhow, the trial related to 8 publications: 3 were oral statements made by the various defendants and 5 were Facebook comments. Essentially, each of the defendants claimed that the plaintiff is a thief, that he tried to steal money and that he bends the facts to deny that he is a thief. The only defences relied on by the defendants was truth.

The second event occurred at The Star Casino in Sydney. The case against 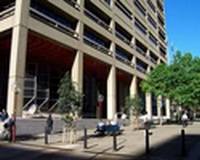 the plaintiff there was that he short-changed a player who had just won a big pot against him, by getting change from the dealer at the time and in the confusion, only handing over half of what he owed.

The problems for the defendants were these:

The judge accepted that this was a mistake by the plaintiff and the allegation that the plaintiff tried to steal this money was comprehensively rejected.

In assessing the witnesses’ credibility, the defendants did not do well. Statements such as “deliberately prevaricating, dissembling and lying… his answers were inaccurate or untruthful” [34] are undoubtedly formidable skills at a poker table, but in a defamation trial… not so much.

The defences of truth were not made out and the plaintiff won big.

Even though the evidence was that the number of people who read the Facebook comments were confined, they caused great hurt and distress to the plaintiff. He had to see a psychologist, he became depressed and upset. He was defamed within the poker playing community and the judge also relied on the grapevine effect when calculating the damages.

The conduct of the defendants, including their attitude at trial, their failure to apologise and the fact that the Facebook posts remained online, also entitled the plaintiff to aggravated damages. While the judge did not apportion what of the damages were for aggravation, in total, the plaintiff won:

Also, the plaintiff was granted an injunction preventing the defendants from continuing to publish the imputations complained of.

So as for the plaintiff and his sorte into litigation, quite simply, now would be the best time to cash out…