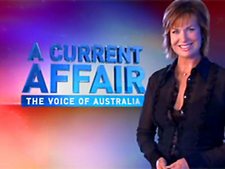 Andrew Holt brought defamation proceedings against Channel 9 for an edition of A Current Affair that was broadcast on 28 July 2009. The broadcast related to how he treated his late wife, Karen Holt, who was then dying with cancer.

The jury found that the broadcast contained 4 imputations that were defamatory of the plaintiff, none of which were found to be true:

The jury also found that the broadcast carried the following defamatory contextual imputations asserted by the defendants:

So the plaintiff won, and the matter of assessing the damages rested with Justice Adamson, the trial judge.

The story was a sad one. At trial, the following facts were admitted, undisputed or incontrovertible. Mr and Mrs Holt had been married for 24 years and had 3 sons. Mrs Holt was diagnosed with a brain tumour in 1994 from which she recovered, but the cancer recurred in late 2006. She was then entitled to a Total Permanent Disability benefit and received $370,000 in October 2007. That money was put into an account and over the course of late 2007 to October 2008, the plaintiff made numerous purchases, including buying a speedboat “The Dog House” and a Holden Rodeo vehicle that could tow the boat. In March 2008, the plaintiff withdrew the whole of the remaining $156,196 and deposited it into an account in his name only.

In February 2009, Mrs Holt was admitted into the Gold Coast Palliative Care Unit to give respite to the plaintiff and their sons, who had been taking care of her. In April 2009, while still in hospital, Mrs Holt said she wanted a divorce. The plaintiff then withdrew the remaining $75,000 from his account and put the cash into a cupboard.

Mrs Holt got discharged from the hospital and ultimately went to live with her parents inSydney. She saw a solicitor there and started family law proceedings against the plaintiff. She got $10,000 and the Holden Rodeo vehicle in her settlement with the plaintiff, who said that otherwise, the money had been spent.

On 28 July 2009, A Current Affair ran the story. Two million people watched. Some of them might have been waiting for the next story about a miracle cure for back-pain, but nevertheless, the plaintiff was aggrieved.

On assessing damages, the judge noted that all findings of fact had to be consistent with the jury’s. The jury found two of the contextual imputations to be true, and those contained a sting against the plaintiff’s character. The jury did not form a favourable view of the him and thought he was callous to his dying wife [48].

Taking account of evidence relied upon in support of the honest opinion defence (which failed), the judge found that the plaintiff was prone to self-serving statements, self-centred and keen to portray himself as hero and victim [56]. Mrs Holt passed away before the trial, but her evidence was based on her interview with A Current Affair. Her evidence was considered to be generally reliable.

The problems for the plaintiff included these:

While the plaintiff complained that A Current Affair engaged in selective editing and he ought to be awarded aggravated damages, this claim all came to nought… Such amount being pretty close to the amount he was finally awarded by the judge: $4,500 plus interest, totaling $4,900.

So after a 9-day trial, costs were reserved, and given the tone of the judgment, after the costs argument is completed, the plaintiff could well be back in the Dog House…. but without his boat.