Anthony Cummings and his company, Anthony Cummings Thoroughbreds Pty Ltd, train horses. They sued Fairfax Digital, The Age, Fairfax Media and a journalist, Kate Leahy, in respect of 3 articles published online on 25 February 2010 and a poster advertising a front-page article published in the Sydney Morning Herald, also on that day.

Fairfax essentially reported on the early stages of civil proceedings that one of Mr Cummings’ companies had brought in the District Court of NSW, to recover a debt of $167,492.87. It claimed it was owed that money by a company operated by Nathan Tinkler, Patinack Farm Pty Ltd, for training horses. Tinkler’s company responded with a counterclaim alleging that Cummings’ company had been negligent and had worked the horses so hard, that they caused the horses to become lame.

Ms Leahy applied to the District Court and obtained access to the court documents in that civil proceeding. There was a directions hearing and she then wrote a front-page article, “Cummings in $6.4m Fight Over Broken-Down Racehorses”. The article quoted at length from the allegations contained in the counterclaim. A poster was also published that promoted the articles: “CUMMINGS FIGHTING CRUELTY CLAIMS”. Other media outlets then picked up on the articles.

Cummings sued. Among the many imputations claimed from the publications, Cummings claimed that the Poster conveyed the following:

Cummings also claimed that Fairfax was responsible for the republications by other media outlets. Fairfax defended the claims. Among other matters, it asserted defences of qualified privilege at common law, qualified privilege under s.30 of the Defamation Act 2005 (NSW), and fair summary of public documents under s.28(1)(b) of the Act.

While damages had not been assessed, Cummings nevertheless appealed. Fairfax cross-appealed on the issues in relation to the Poster.

The issues on appeal were:

The majority of the appeal judgment was written by McColl JA. Sampson JA and Beazley P largely agreed, except for on the critical point of whether the Poster conveyed the imputations.

The significant point from the case came out of the public documents defence. For years, the media has published material that it finds on court files. There was a question as to whether such material had to be read out in open court before it could be protected as a fair and accurate report of court proceedings and entitle the media to a defence. Since 2005, the issue has been whether pleadings are “public documents” for the purposes of s.28 of the Act.

The trial judge held that the pleadings in the debt-recovery proceedings were “public documents” because they were “open for inspection to the public” and “kept by an Australian court” as required by s.28(4)(e)(iii) of the Act. The further conclusion was that the publications were essentially fair summaries of them. The imputations arose directly from the terms of the counterclaim that had been filed, regardless of the truth of those allegations.

However, the trial judge held that the Poster was not protected by the defence, because there was no identification of the source of the claim in the Poster, when viewed alone.

inspection by the public until they had been used in open court. This had not occurred. There had been a directions hearing where no reference had been made to the substantive contents of the counterclaim.

McColl JA rejected this argument and held that the trial judge was correct. The principle of open justice allowed access to court documents, and the right of the media to report on court proceedings is a corollary of that right of access. The pleadings were “public documents” and should be taken to have been read for the purposes of the registrar presiding at the directions hearing, even if they were not actually read out.

So in a nutshell, Fairfax had a defence for the articles – that they were summaries of public documents. However, no such defence for the Poster, because that did not refer to the source of the claims. All judges agreed. 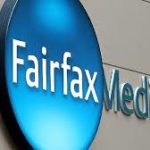 The other aspect of the claims that might have broader application was the republication point. The trial judge held that the publications by other media outlets, who took up on the original Fairfax publications, were not republications by Fairfax. They were separate media entities that made separate decisions to publish. These were not the natural and probable consequence of Fairfax’s publications.

On appeal, this was held to be correct.

The point of difference between the three judges was short and stark.

However the other appeal justices disagreed. Although Simpson AJA and Beazley P broadly agreed with McColl JA, they each concluded that the Poster did not convey any of the imputations pleaded by Cummings. They concluded that it would have been apparent to readers of the Poster that the allegations had been made against Cummings and were being contested. No ordinary reasonable reader would conclude that the allegations were true, including that he was a cruel person or guilty of that he treated racehorses with cruelty.

This meant that all of Cummings’ claims were dismissed, even the claim on the Poster where he had previously succeeded at the trial.

It also means that the media will feel more comfortable quoting from court documents which essentially outline parties’ claims, whatever those claims are. Obviously, court documents themselves are covered by absolute privilege, so subject to ethical considerations and pleading guidelines, a party can plead all sorts of allegations. The media can then report on those claims. No doubt that it will not be the last time a statement of claim, defence or counterclaim appears in a newspaper. Meanwhile for Cummings, a disastrous costs outcome awaits.