In a trial that ran for 55 days late last year and concluding in February this year, the plaintiff, Derick John Sands, has lost his claim for defamation, as well as other claims including a breach of confidence and a breach of his right to privacy. 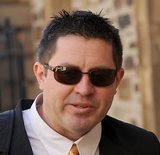 The case came from an unsolved murder in July 1997. In terms of background, the plaintiff is a photographer who had lived in South Australia all his life. He worked with Messenger Newspapers from 1988 until July 2004 and in his private time, he worked as a freelance photographer.

Corinna Marr was a receptionist for a firm of land agents. A salesman there did some business with Messenger Newspapers and wanted some business cards made. He approached the plaintiff to do that work. As a result, the plaintiff met Ms Marr in May 1995 and a friendship developed. She got married in January 1996, but the plaintiff kept visiting and on two occasions they had full day outings together, for photo shoots to assist Ms Marr in developing a modeling career. The question of the status of their relationship, and particularly whether it was sexual in nature or not, was a matter of dispute at trial.

On 4 July 1997, Ms Marr was shot dead in her unit. She had left work early that day and her husband found her dead at 4.02 pm. Later investigations estimated that the time of death was between 2.30 and 3pm that day. No-one has ever been charged with the murder.

The murder had substantial media coverage at the time. The Officer in charge of the investigation was Detective Keane. He observed there had been no forced entry at the Marr’s home, there was no robbery and there had been no sexual assault. No weapon was ever found. Statements were taken from a number of people who were considered suspects.

The plaintiff said that he went to the police station the following week to offer assistance. He gave a statement and his alibi was that he was in the Messenger Newspaper office at the time, processing his photos.

On 24 January 2004, the plaintiff’s home was searched and he volunteered to give a sample of his DNA, but not his fingerprints. On 25 February 2004, the SA police force applied for an order under the Forensic Procedures Act that the plaintiff be ordered to give his fingerprints and handprints. Sections 47 and 48 of that Act provided that no person who came into information as a result of such an application could disclose that information unless certain conditions were met. This was the basis for the plaintiff’s claim for breach of the tort of privacy.

The plaintiff alleged that the affidavit in support of the Forensic Procedures Application was leaked to the Adelaide Advertiser and that this was the first publication on which he sued. An article was published in that newspaper on 28 February 2004, but it did not name the plaintiff. Nor did it describe him. It said that the application would be heard on 2 March.

On 2 March 2004, the Forensic Procedures application was heard in the Magistrates Court. The plaintiff was named in the course of the application and his name was included in the causes list. No application for a suppression order was made.

The plaintiff was legally represented at the hearing, although he was not there. The orders were made by the Magistrate on 2 March 2004 and there was substantial media coverage of it, although the identity of the suspect could not be published and was not.

The next day, Detective Superintendent Mick Symons held a press conference to reveal that the fingerprints obtained did not match the unidentified fingerprints found at the crime scene. He said the person (although the plaintiff was not named) would remain a suspect.

The plaintiff alleged that by reason of him being named in the Magistrates Court during the application, people became aware that the first article referred to him.

The next article sued on was published in the Adelaide Advertiser the next day. Again, the plaintiff was not

named, but was described as the main suspect. After that, the further publication sued on was the press release on 3 March. The release did not name the plaintiff but referred to the “person nominated in the affidavit supporting the application for the order”.  At the press conference, reference was made to a “34 year old professional photographer”.

The plaintiff sued the State of Australia for the actions of the SA Police Force, and also sought to attribute liability to the State for the publications in The Adelaide Advertiser. The trial, having been stayed while the plaintiff ran his case against Channel 7 and the ABC, commenced in September last year.

The first question was whether the State was responsible for the leak. The journalist would not name his source and Her Honour Justice Patricia Kelly found that the plaintiff did not prove that there was an unauthorized leak from the Police Force [101]. In conclusion, the source may have come from the Courts Administration Authority, so the Police, and hence the State, were not liable then for the articles published. One might ask if the State could be liable for any actions by a person at the Courts Administration Authority, but that did not seem to be addressed. In any event, Kelly J went on to consider other submissions that were raised in the course of the trial.

The next issue was the media release and the press conference. Her Honour found that there was an inference that at least one person understood the references in these to be references to the plaintiff [106], but there was no grapevine effect so that this did not become known to the public [116-117].

(a)  There are strong grounds to suspect that the plaintiff murdered Corinna Marr;

(b)  Alternatively there are reasonable grounds to suspect that the plaintiff murdered Corinna Marr;

(c)   The plaintiff had so conducted himself as to warrant the suspicion pleaded in (a) and (b).

As for qualified privilege, this was based on the reciprocal duty-interest argument, ie. The police had a duty to publish and the people of the State had an interest in receiving the information about the status of the investigation into the murder of Ms Marr.

Justice Kelly concluded that the press conference did not attract qualified privilege, but in any event, the publication went beyond the occasion of any such interest. The Police had to keep the public informed of the state of the investigation [213], but did not have a duty to state things like: “…. It was a cold blooded killing virtually on an execution style…. The murder of Ms Marr was particularly cold blooded – the person who committed this murder had no feeling for her or her family.”

Her Honour ultimately did not accept the plaintiff as a witness of truth [241, 302, 311]. Not a good start when the defendant has pleaded truth. Justice Kelly concluded that there could be no reliance on the plaintiff’s evidence on important matters, where it was not supported by other reliable evidence.

Her Honour then referred to the evidence that supported that conclusion, including:

Accordingly, Justice Kelly concluded that there were reasonable grounds to suspect the plaintiff of the murder, and the evidence supported the conclusion that the plaintiff’s conduct warranted reasonable suspicion and the defence of justification succeeded [575].

Breach of confidence: The tort of breach of privacy

The plaintiff alleged that the circumstances surrounding the bringing of the application under the Forensic Procedures Act gave rise to a duty of care, a duty of confidence and duty of privacy on the State:

The plaintiff alleged the duties were breached by publishing to The Advertiser the application and affidavit of Detective Keane, or publishing the fact of the existence of those documents, failing to make application to ensure that the plaintiff’s name was not published in the causes list and failing to apply to the Court for a suppression order.

Sections 47 and 48 of the Forensic Procedure Act provided that persons who had or had access to information through the conduct of forensic procedures under the Act must not disclose the information unless certain conditions were met, and section 48 provided a criminal sanction for breach of any such obligation.

Justice Kelly did not devote much to the question of the possible existence of the tort of breach of privacy. Her Honour held that the High Court stated in ABC v Lenah Game Meats Pty Ltd that it would require a further development in the law to acknowledge the existence of a tort and so it does not exist yet [614]. That is no fun.

Regardless, Her Honour held that the defendant never disclosed any private information about the plaintiff in the context of making the application under the Forensic Procedures Act [616]. The only disclosures made were in the course of taking lawful steps in the course of the investigation.

So after 55 trial days, the plaintiff, tail between his legs, has failed in his claim. Whether he will go again to the Court of Appeal, notwithstanding the credit findings made against him, remains to be seen.