Bruce Grobbelaar was an elite goal-keeper in the English Premier League for Liverpool for 20 years and 627 games. He won all sorts of games, titles and medals, famously fuzzing two penalty-takers from AS Roma in the 1984 European Cup final by wobbling his legs around like spaghetti . Grobbelaar was a fixture during Liverpool’s dominant years in front of the goals in the 1980s and early 1990s.

But by the 1990s, he was hanging around with a bit of a bad crowd: Christopher Vincent, who the trial judge described as “a thoroughly dishonest con-man” and Heng Suan Lim, a Malaysian businessman with links to an Asian betting syndicate, known as “the short man”.

Vincent had been a former business associate of Grobbelaar in Zimbabwe, and in 1994 had a business venture with him which fell apart. Vincent could not account for Grobbelaar’s large investment that was lost, and the pair fell out.

So what happens when you are famous and you fall out with “a thoroughly dishonest con-man” in England?… He sells his story to The Sun.

On 6 September 1994, Vincent went to The Sun with a price of £40,000. He got £33,000, and later asked for more. He alleged to The Sun that Grobbelaar, affectionately known to his Liverpudlian fans as “Brucie” was engaged in match-fixing.

Vincent alleged that Grobbelaar had received £40,000 after his Liverpool had a loss to Newcastle and that he would have been paid £80,000 had they lost a game to Norwich, but they drew that one because Grobbelaar accidentally saved a shot with his foot while diving the wrong way.

The Sun journalists, probably frothing at the mouth by this stage, and keener for a front page spread than Paris Hilton, were presumably hosed down by their lawyers and told to get actual evidence. So they miked Vincent up, put a wire on him and sent him out to speak with Brucie about match-fixing, the short man and possibly catching him on tape red-handed.

What followed was 50 pages of transcribed and videotaped recordings from meetings in September and October 1994. In those meetings Grobbelaar said many things he would later regret:

On 8 November 1994, Grobbelaar was due to fly from Gatwick Airport to Zimbabwe. Unbeknownst that all his dealings Vincent were on tape, Grobbelaar arrived at the airport and was met by a rolling maul of journalists, microphones and cameras. He denied everything and later spoke with the editor of The Sun.

For the next 8 days, The Sun ran a campaign of articles against the goal-keeper: For instamce. the first headline on the first front page was this: GROBBELAAR TOOK BRIBES TO FIX GAMES. The first paragraph read: “Soccer star Bruce Grobbelaar is exposed by The Sun today for taking massive bribes to throw key matches.” On page 2, the headline was “GROB I let in 3 goals and picked up £40,000”. Cartoons and jokes continued saying that Grobbelaar had fixed matches, let in goals, saved goals by mistake and deliberately dropped the ball.

Grobbelaar sued The Sun, but he was also subsequently faced with criminal charges. Grobbelaar was charged with conspiracy to corrupt, along with the Wimbledon goalkeeper Hans Segers, Aston Villa striker John Fashanu and Malaysian businessman Heng Suan Lim, aka “the short man”.

Three years and two trials later, successive juries could not agree on a verdict, so the defendants were cleared. No conviction.

Then Grobbelaar went on with his libel claim.

In its defence, the newspaper relied largely on what Grobbelaar said himself in the taped meetings. They alleged that during those meetings, Vincent put corrupt proposals to Grobbelaar who responded positively and also said that he had acted corruptly in the past. At the last of the meetings, Grobbelaar received £2,000 pounds in an envelope from Mr Vincent.

The parties agreed that the articles contained the following imputations of and concerning Mr Grobbelaar:

Grobbelaar denied all of it. He claimed at trial that he never dishonestly accepted any bribe, had never made a corrupt agreement to fix or attempt to fix any game of football and had never in fact fixed or attempted to fix any game. He said:

The critical issue at trial was whether the confessions were true or false. 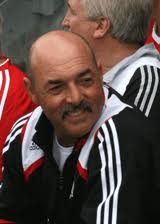 At trial, the newspaper did not call evidence from Vincent, obviously not impressed with his credibility. The videos of the games and the goals were played in front of the jury. Expert evidence from Bob Wilson and Alan Ball supported Grobbelaar’s case.Wilsonsaid there was no evidence of anything other than good or outstanding goal-keeping. The newspaper called no evidence to contradict this. It accepted that in 4 of the 5 games Grobbelaar did not deliberately let in any goals.

But there still remained all of the admissions made by Grobbelaar on the tape recordings. The jury seemed to accept Grobbelaar’s version that he was an undercover anti match-fixing superspy. He won £85,000.

Anyway, The Sun (the silenced away crowd in the courtroom) would have been shocked. So shocked, that it appealed to the Court of Appeal. It argued that the jury’s verdict was perverse, which in betting parlance, for an ordinary defamation case, is a long shot.

But the long shot came home. The newspaper argued that the articles meant that Grobbelaar had corruptly agreed to fix, had accepted payment for fixing matches and that whether he had actually fixed matches or attempted to do so was a matter of relatively minor significance. The Court of Appeal came down with this: Grobbelaar’s story was:

“quite simply, incredible. All logic, common sense and reason compel one to that conclusion.”

The jury’s verdict was set aside and replaced with a verdict for the newspaper. Time for spaghetti legs to be shocked. He appealed to the greatest court of all of England: The House of Lords.

So the Law Lords with their Harry Potter-esque names, pulled on their Adidas boots and set about their business. They went through the problems that Grobbelaar faced in proving his story that he was a vigilante match-fixing avenger:

The House of Lords concluded with this: “On all the evidence it defies reason to accept that the appellant did not make a corrupt agreement with Mr Vincent and accept a bribe from him.”

But there was still no evidence that Grobbelaar deliberately let in goals. So where did that leave the newspaper? According to the Lordships then, The Sun lost. The Court of Appeal’s decision was overturned, damages re-assessed and awarded to Mr Grobbelaar. How much? Well the various Lorships from Woodborough, Foscote and Cornhill put their minds together and agreed on a figure:

That is not a typographical error.

There it is again.

So Grobbelaar was ordered to pay costs, possibly of £1,000,000, but could not pay and was declared bankrupt.

Not finished with bookies and always looking for a happy ending, in 2009, Grobbelaar appeared in a British television commercial for the Irish bookmaker, Paddy Power, giving a punter his bet back. So very ironic.